Home » Magazine » Content » ADHD in the Workplace: We Need to Talk About Masking

ADHD in the Workplace: We Need to Talk About Masking

In any work setting, everyone wants to be treated as an equal. October 2021 is ADHD awareness month, so it’s only right that we shine some light on ADHD as a condition. Many adults have this form of neurodiversity, but what impact does it have in the context of a work environment? There still are some misconceptions surrounding ADHD, so what can be done?

As well as supporting your neurodiverse colleagues, it is equally important that those with ADHD find the coping mechanisms to help them thrive.

What Really is ADHD?

You’ve almost definitely heard of ADHD, but what comes to mind when you hear this term being used? Many consider ADHD as the “hyperactivity disorder”, often associated with kids, classroom disruption and a lack of concentration.

Some of these notions stem from stereotypes, but ADHD isn’t necessarily anything to do with hyperactivity, even though the “H” within the acronym stands for this. The term ADD was originally used for those who lacked the hyperactive tendencies that are so often associated with the condition, but nowadays, the term ADD is no longer used. Generally, ADHD is grouped into three different types:

Each of these have their own unique traits, with the combined type presenting as a blend of both inattentive and hyperactive-impulsive types.  It’s important to remember that ADHD is a spectrum, and everyone may well reside anywhere within it.

Inattention is where you are easily distracted have difficulty with concentration. Other symptoms include:

-Trouble focusing on the task at hand

-Seeming not to listen when spoken to directly

-Processing information at a different rate to your peers

Hyperactivity is where someone never seems to slow down, talks more than considered normal, experiences restlessness and finds it difficult staying on task

Impulsivity often presents as interrupting when having a conversation, with the persuasion to take risks.

Other symptoms of this type include:

-Touching and playing with objects, even when inappropriate to the task at hand

-Are constantly “on the go”

-Speaking at the wrong time

Combined type is a mixture of inattentive and hyperactive-impulsive types. Symptoms from both overlap here, but it doesn’t exclusively mean people with combined type experience the full range of symptoms from both. It’s somewhat of a pick & mix, depending on each individual.

I take my figurative hat off to anyone who is open and honest about any form of neurodiversity, or any other hidden disabilities they may have. ADHD is commonly perceived as a form of extroversion. Individuals who have it are considered to be outgoing, excitable, and sociable. In reality these are only a small percentage of the traits of ADHD.

As a hidden disability, you may not even be aware that someone has ADHD of any type. How someone initially appears, converses, and presents themselves isn’t always a true representation and they may be emulating certain social traits. Masking techniques (we’ll move onto that shortly) are adopted so that the more overt traits of ADHD are reduced in order to blend in with their peers, diluting the extent of their neurodiversity.

Those who have ADHD quite often suffer from other conditions, such as anxiety. “Fast moving” brains lead to overthinking and disrupted thought patterns. Within a constant state of over analytical perception, the “fight or flight” response is quite commonly engaged, resulting in a perpetual state of worry for some people with ADHD. As mentioned earlier, ADHD is a spectrum, not to be confused with Autism or Autism Spectrum Disorder (ASD), so every individual who has it will have their own say. Men and women can also present in quite drastically different ways, which is one of the main reasons women are overlooked when it comes to diagnosis.

You may not be aware, but many of your colleagues will have ADHD. According to ADHD Action, 1.5 million adults in the UK have the condition, yet only 120,000 have received a formal diagnosis. With less than 13% of the true population formally diagnosed, it makes you wonder what the reasons for this may be.

So, What is Masking?

If you haven’t heard of this term, let me walk you through it. This doesn’t solely relate to ADHD and is a mechanism used by many neurodiverse individuals on a daily basis for a wide variety of different reasons.

Essentially masking is the alteration of behaviour to hide how you are naturally inclined to act. This presents as the muting down of behaviour that isn’t deemed as neurotypical, or imitating those around you to try and fit in. Many people think that they are simply an under achiever, with terms such as “lazy” thrown around without the benefit of a formal diagnosis.

Stigma is one of the biggest causes of masking. The desire to camouflage and be perceived as “normal” is a coping mechanism often established at an early age in the attempt to not appear as different. The very concept of masking is what leads to many of the late ADHD diagnosis that occur. Additionally, it can lead to many people taking a stance of disbelief when they are told someone has ADHD.

“How can they have ADHD? There’s nothing wrong with them!”

Statements such as the above are exactly the point. Outward stress is replaced by inward stress, with many ADHD people finding it hard to know what the “real” way to behave is.

In and outside of the workplace, stigma relating to ADHD still exists. Whether it is fear of a “label” through diagnosis, negative public commentary surrounding the disorder or the opinions of individuals you know, there is a huge reluctance to receive a formal diagnosis. This isn’t helped by the waiting lists provided by the NHS. From enquiry to a screening at a specialist centre, the waiting time can be up to two years! Not ideal when you believe you have a condition that relates broadly to a shortened attention span.

When someone with ADHD opens up about their condition in the workplace, it’s also important to understand that masking doesn’t suddenly stop there. People are conditioned to act in a certain way for so long that it isn’t going to go away just because they’ve told you!

The list is vast, but if someone has ADHD, it may be hard to:

-Get and stay organised

-Complete assignments within a timeframe

-Get to work on time

-Speak just when it’s your turn

Having ADHD at Work

If you have ADHD, then finding work can sometimes be difficult. I can’t and won’t speak for everyone but finding a work environment that has an ethos of understanding is the first step to finding success, no matter your career path.

Some of my key tips for those who have ADHD include:

This goes for both your environment and within yourself. ADHD is far from a curse; many even find it gives them an edge over their colleagues in some ways. The creativity that ADHD can bring can be a gift, and if you find the right balance, you can work your way to wherever you want to be. If you find you are easily distracted, find a peaceful location, stick on some music, or change environment.

Plan in Your Own Way

For some people with ADHD, sitting and listening is a major issue. Using myself as an example, I used a Dictaphone to record lectures in my undergraduate degree, just so I could refer back to whatever the hell was being said at a later date! Of course, some work environments won’t accommodate this, but it’s definitely worth asking if you can record meetings or seminars if possible so you can accurately reflect upon them afterwards.

Scheduling time for the inevitable interruptions like phone calls, admin or meetings is also of great benefit. That way, you will know that time has been utilised without it disturbing your flow.

Be Realistic and Reward Yourself

Set yourself goals ahead of time. Give yourself that little bit of extra breathing space, so you can hit targets like a boss. If you are able to break up your days sufficiently, you can focus on one task at a time, rather than seeing a workload as some never ending, overwhelming phenomenon that causes you to shut off. Time management is an issue that most ADHDs face, but there are ways in which you can conquer it!

Setting reminders and timers on your phone are also a great technique, even for the littlest things. I give nothing but my greatest praise to the Pomodoro Technique. This allows you to give yourself the reward of a short break, rather than diverting into hyper focus, followed by the inevitable burnout.

Take Time for You

This is highly important. Look into meditation, breathing techniques and any other processes that create a mind-body connection that helps to overcome the perceived mundanity of the neurotypical lifestyle. Even getting up and taking time for a walk can help! From my experience, the Wim Hof Method is a ground-breaking technique that’s changed my life. I won’t waffle too much about it, but if you aren’t afraid of a bit of cold, check it out.

What Can You do to Help?

You may or may not be aware that someone in your workplace has ADHD, but that’s what this article is all about! Insight into the needs of your colleagues, neurodiverse and neurotypical alike, is the first step to creating a workplace of equality, comfort and understanding. It’s important to note that many people with ADHD also take medication, which ties right into the masking or “normalisation approach”.

By being an ally, using appropriate language when discussing neurodiversity and having an empathetic attitude, we can create a work environment where all feel accepted.

As someone with the ADHD superpower, this is something very close to my heart. We at Absolute are doing all we can to support diversity in the workplace and beyond. By donating to the ADHD Foundation you can support the cause and help those with ADHD feel understood, accepted, and equal.

I’m always open to chat – if you want to talk, please get in touch by tweeting me at @alexmurphwriter or dropping me a DM on Instagram @alexanderjamesmurphy, I’d love to hear your thoughts.

For more information, get in touch with a member of our expert team here at Absolute Digital Media on 0800 088 6000, today. 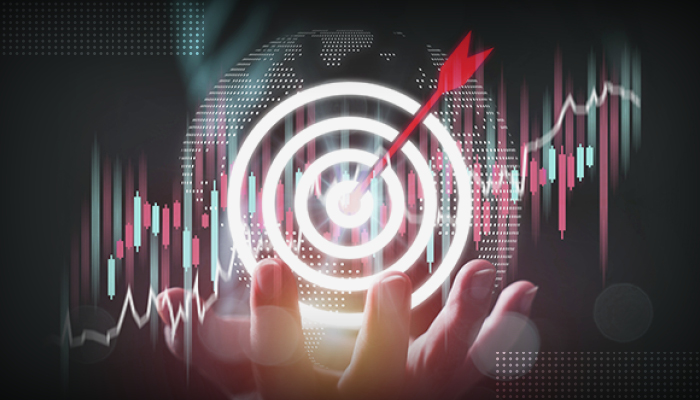