From 2008, when we were just starting out as a small SEO agency, building up our reputation in the search industry, to today, where we’re proud to be a flourishing full-service agency, there’s no denying that Absolute Digital Media has come a long way. Through a growing number of staff and in-house expertise and the introduction of new and improved services, we’ve continuously worked to improve our client’s campaigns, bringing innovation and modern technology into the mix.

Because of this, we’ve earned our fair share of accolades for the hard work, across awards and accreditations, and even the odd league table or two. From our first award in 2010 to our most recent nomination, here’s a history of our awards over the years.

For more information, you can take a look at our case studies. 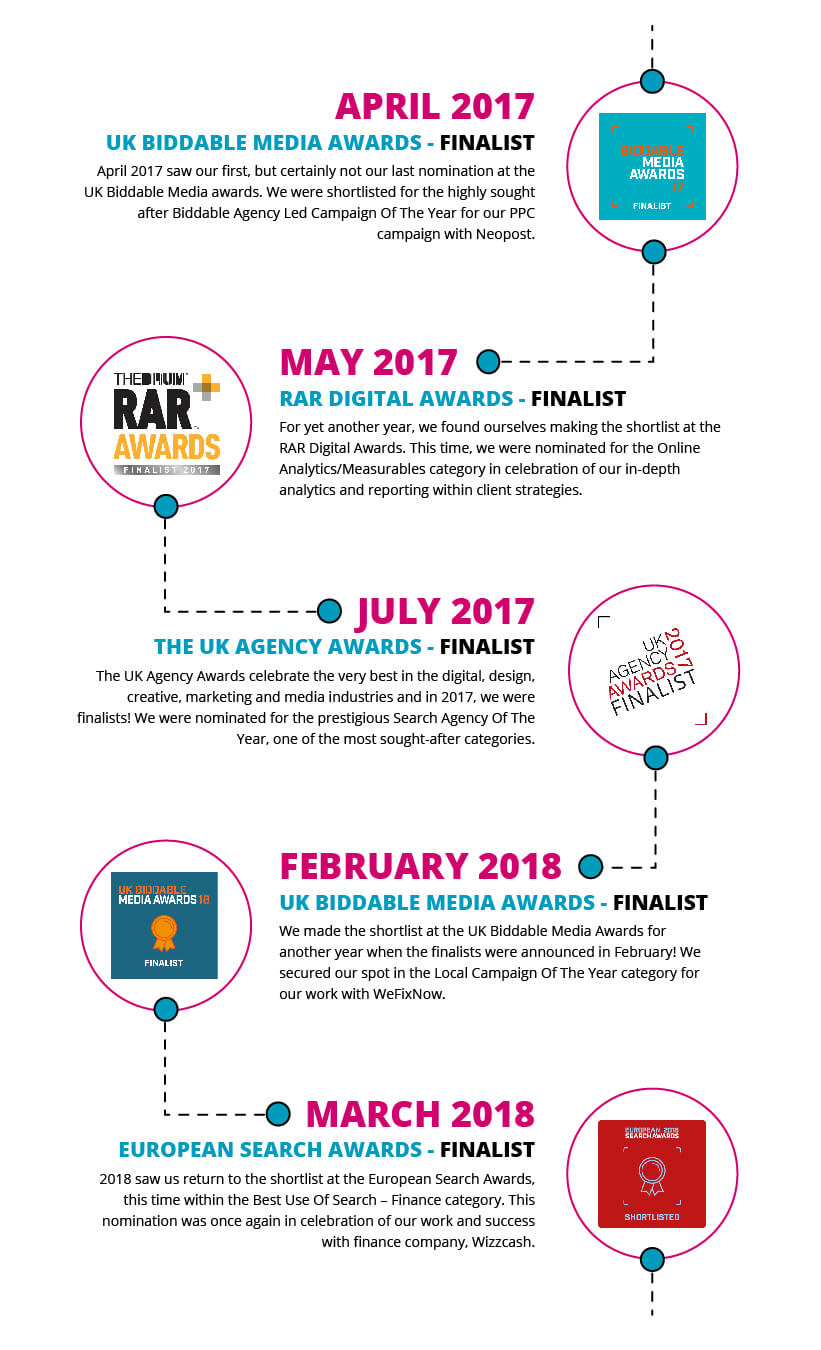 May 2018 continued our success when we secured the finalist position in the Finance Content Campaign Of The Year award in the UK Content Awards 2018. Then, shortly after in July, we went on to make the shortlist for the UK Agency Awards 2018. September brought us even more success, this time with a win! We took home the award for Digital Agency Of The Year for Essex at the UK Southern Business Awards 2018 and just a month later, even secured #25 on the Wirehive 100! In November, we secured another trophy, this time at the UK Search Awards, for our work with Uncle Buck. 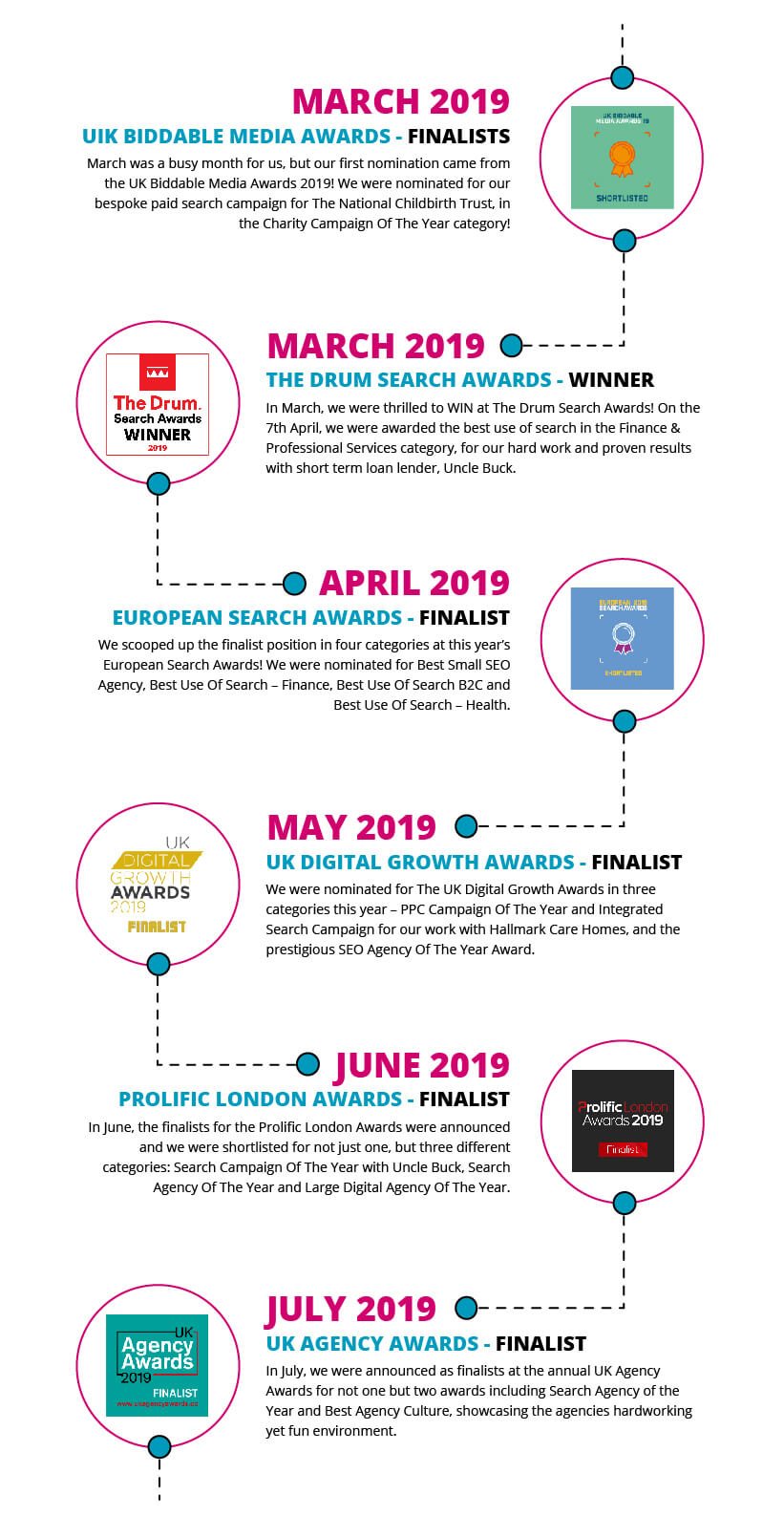 Following our win at the UK Search Awards 2018, we started 2019 on strong footing yet again. After our rebrand in January, we went on to secure a finalist position at the UK Biddable Media Awards 2019 for our work with The National Childbirth Trust and took home a win in the same month! The win was for The Drum Search Awards, where we were once again celebrated for our work with Uncle Buck.

The European Search Awards finalists were announced in April, where we were shortlisted for four different categories and in May, we even secured a position at the UK Digital Growth Awards. June brought around the finalist announcements for the Prolific London Awards 2019 and we were thrilled to secure yet another finalist position here, too. 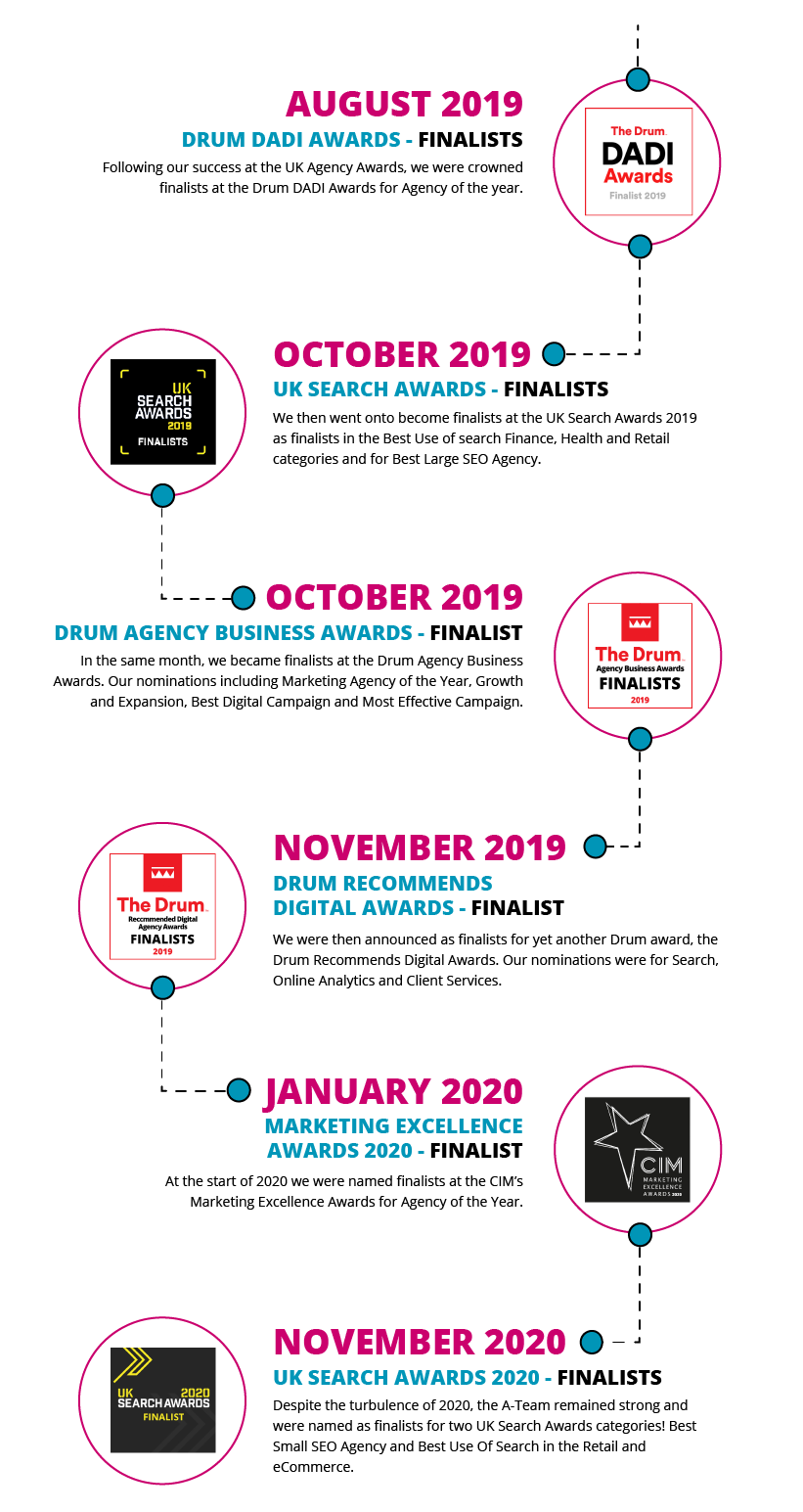 After a successful summer we were keen to continue the streak of our award nominations throughout the winter, too. Since August 2019, we have gone on to become finalists at 5 separate awards for more than 10 categories. We were also named finalists at the prestigious CIM Marketing Awards 2020 for “Agency of the Year”, highlighting our recent expansion and success.

2020 saw the team size double and our awards cabinet also expanded as we were named as finalists for two awards at the prestigious UK Search Awards. Our nominations included Best Small SEO Agency and Best Use Of Search in the Retail and eCommerce sector for our PPC campaign with FootActive called “Stepping Into The New Normal”. 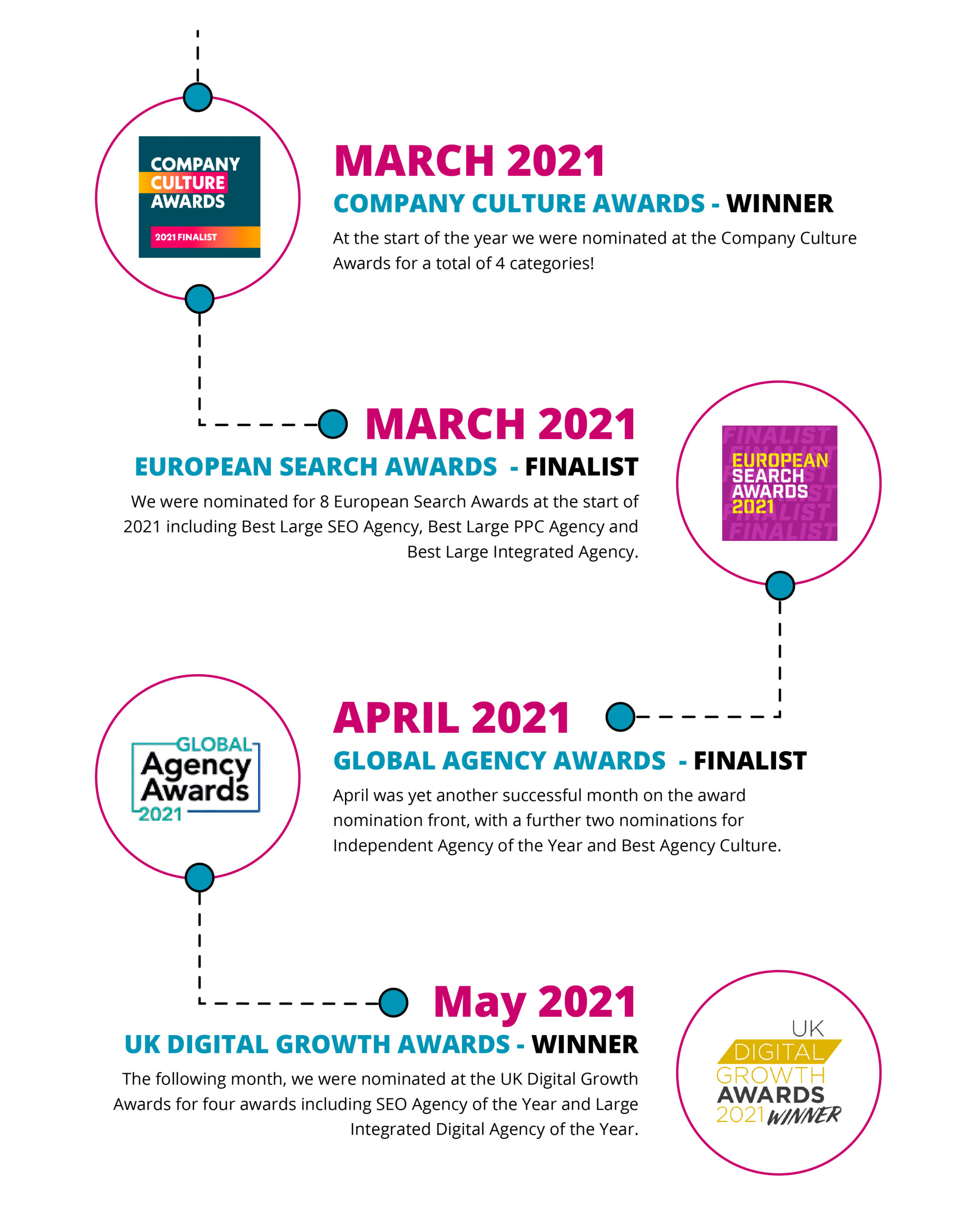 With some more amazing award nominations under our belts, we’re looking forward to seeing where the next 6-months takes the agency and its staff. We already have several confirmed speaker slots at Brighton SEO and can only imagine what’s ahead of us for the remainder of the year.