In person award ceremonies are back and we were absolutely thrilled to have the opportunity to attend the Northern Digital Awards last week. We had nine amazing nominations under our wing, with several of our campaigns featuring in multiple categories. We went on to win the first award of the evening, Best Digital Marketing Campaign Travel/Leisure with Vera Clinic, with our very own Marketing Manager, Jasmine, winning the Rising Star award at the end of the night.

“We are so proud of everything Jas has achieved and this amazing award proves the hard work and dedication she brings to the agency every single day. Jasmine has taken everything in her stride and has shown her commitment to the agency and our team since day one. It’s truly deserved!”

Jasmine joined the agency back in August 2017, having worked as a Social Media Assistant for the previous 2 years. We took some time out with her to reflect on her progression at Absolute Digital Media so far.

Where did it all start for you?

“I joined the agency back in 2017 when we were based in our second to last office before Covid-19. Though my previous role was Social Media Assistant, I began my journey at Absolute Digital Media in the content team as a Digital Copywriter with the hope of eventually finding myself back in the social media space, whether it be client or agency side. Working closely with Sophie, now Head Of SEO, I was able to learn about the agency, it’s story and get a good understanding of what was to come, helping me to progress.”

What was the next stage of your career?

“During a 1-2-1 meeting, I mentioned how I had previously supported and older companies’ social media activity and asked whether I would be able to support with what was going on in the agency. Ben (CEO) and Lou (COO) were fully onboard with this and helped me in dipping my toe in various parts of the agency where this work was undertaken. Not too long afterwards, I had the chance to take on some of these campaigns myself with the support of the existing account managers.

I was in the role of Digital Copywriter for approximately 7 months before being promoted to Content & Social Media Executive. It was during this time I was able to manage our then-client’s social media platforms as the content team continued to expand. I would work with clients directly, building out their social media campaigns from both paid and organic perspectives. I also had the opportunity to take over Absolute Digital Media’s own social media channels which I was (and still am) super excited about.”

“Summer 2020 came around and it was announced that we would be moving to a newer office to support the agencies growth. Though still in Chelmsford, it was located just outside of the city centre. After the move, I was promoted to Social Media Manager meaning that my responsibilities had shifted from both internal and client content and social media support, to primarily working on client and internal social media campaigns that consisted of both paid and organic strategies.”

How did Covid-19 impact your role?

“Covid-19 was a difficult time for us as individuals, a team, and an agency. We continued to offer support to businesses wherever we could, even if it meant that we would need to temporarily loose out in terms of our own ROI. Like most, we thought lockdown would last a maximum of three weeks and left the office one Friday expecting to return in a couple of weeks’ time. That time never came, and we transitioned into a fully remote agency instead.

During Covid-19 we continued to work hard across both client and internal campaigns and came up with some new, fun agency-led incentives for both the team and those who follow us closely. Both of which we still do today; our Absolute Twitter Spaces and WTF WFH webinar. We also took this time as an opportunity to re-position ourselves to scale-up. Focusing on our strengths, we pivoted the industry’s we would primarily work with which are finance, adult, casino, CBD, and health. During this transition, we removed social media from our offering completely, allowing more time to be spent on what we do internally from which I then became the agencies Marketing Manager.”

“Day to day I can be found working across various projects in the agency from our own social platforms and email marketing activity, to PR, event opportunities and award entries. The saying goes ‘no two days are the same’ and they rarely ever are. I get the opportunity to do a huge mixture of work and that’s what I love.”

How pleased are you with your progression?

“When I joined Absolute Digital Media, I didn’t fully know where I would end up. I knew I enjoyed social media and content, but the team, Ben and Lou gave me the chance to try out all areas of marketing i.e., email marketing and paid social, to dig deep into my interests and strengths. I couldn’t be happier in my current role and am over the moon to have been rewarded Rising Star at the Northern Digital Awards last week. It feels like it’s only just the beginning!”

For more information and about career opportunities available at Absolute Digital Media, get in touch with the team today on 0800 088 6000. 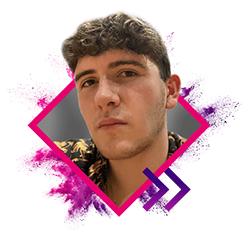 Tom has always had a passion for creating content and analysing its impact on social media or elsewhere online. After finishing his A-Levels, Tom went on to successfully complete a read more.

We’ve been working with Vera Clinic, a leading hair clinic and cosmetic surgery hospital, for a couple of years now and supported them throughout the complications Covid-19 presented.  We have
Read More >
Jasmine McKenzie 27 April 2022

SEO Strategy – Where The F**K Do I Even Start?

Have you ever been handed a client project or started a new role in-house and been asked to pull together the strategy for an organic campaign, and just thought ‘where
Read More >
Sophie Brannon 11 April 2022

Why Your Ecom Data Sucks? – Actionable Insights Outside Of The Box

This might sound obvious but its’ shocking the number of sites and projects which treat tracking as an afterthought. The age old phrase: “what gets measured gets done” applies very
Read More >
Stephen McAllister 07 April 2022
All Articles

Stay On Top Of The Latest Industry News