This week digital marketing agency Absolute Digital Media have announced that they have appointed Nick Eubanks as their Non-Executive Director.

Nick has previously partnered with entrepreneurs to build new, independent revenue streams and has been featured in Forbes, Entrepreneur, Huff Post, and Inc.

Helping to build agency brands designed for growth, Nick will be supporting the agency develop their growth and overall business strategy in the New Year as they prepare to expand into the U.S.

“Absolute Digital is among the best digital marketing agencies I’ve worked with. They’re specialization in being able to scale guest posts along with Digital PR in the world’s most difficult SEO verticals is beyond impressive. When they approached me to step into a more formal role of Non-Executive Director to advise on growth strategy, it was the easiest decision I’ve ever made.”

Allowing their team to continue to work from home and anywhere in Europe, the agency is planning to hire a team based in the States to support the international side of the business as they encroach into the digital PR, SEO and PPC market further afield.

Nick has already been working alongside the agency and its team including Founder and CEO Ben Austin for the past 9 months, helping to build strong foundations to support this exciting move.

“I’m absolutely thrilled to have Nick on board as Absolute Digital Media’s first Non-Executive Director. Having worked closely alongside Nick for the past 18 months, we’ve built a great partnership and have promoted growth across the agency. Now focusing on 4 new key industries in line with our strengths and where we have seen the most success in the past, we hope that by appointing Nick to this exciting new role we’ll have the chance to expand our powerhouse of digital PR, SEO and PPC experts to the max.”

Absolute Digital Media are set to continue to reach the highest of heights in 2022 and beyond and are expected to make further waves within the marketing industry as they progress full speed ahead into a new era of digital marketing. 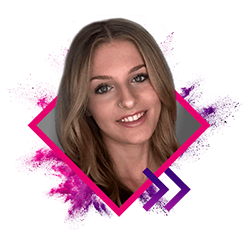 Jasmine has been a member of Absolute Digital Media’s team for 4 years+ now, having started her journey at the agency as a Digital Copywriter and progressing onto become Social read more.

As a 13-year young agency, we know where our roots lie. We’ve been operating our SEO services for well over a decade now, with many of our key team members
Read More >
Ben Austin 13 January 2022

We can help but love a slice of reflection and that’s exactly how we’ve spent the first week of January. As an agency, we had numerous memorable highs in 2021,
Read More >
Ben Austin 10 January 2022

2021 was a whirlwind of a year. As well as reducing our service offering from full-service to experts in SEO and PPC, we integrated an entirely new service altogether –
Read More >
Ben Austin 07 January 2022
All Articles